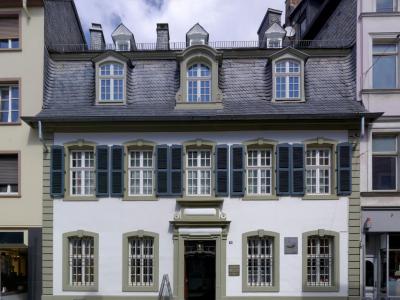 Influential philosopher Karl Marx was born in this house in 1818. He would become the father of Marxism, laying the groundwork for communism and socialism. The museum hosts exhibits about Karl Marx's life, works, and influence.

The house was originally built in 1727 and has been renovated many times over the years. The building has been dedicated to remembering Karl Marx since 1947. The exhibits were revamped in 2018 to celebrate the 200th anniversary of Karl Marx's birth. The exhibits include a Marx bust sculpted by Marx's great-grandson and a first edition print of the pivotal Das Kapital.

Visitors can explore Marx's origins, family life, career, and time in exile in London. The ground floor focuses on Marx's life and family. The top floor looks at his sociology, economics, journalism, and philosophy work. The final portion of the museum reviews Marx's influence on the labor movement and the influence Marx's ideas had on the world.

Visitors will find various historical documents, photographs, and Marx's favorite armchair on display. In addition to the exhibits, the house features a beautiful garden with several sculptures depicting Karl Marx.