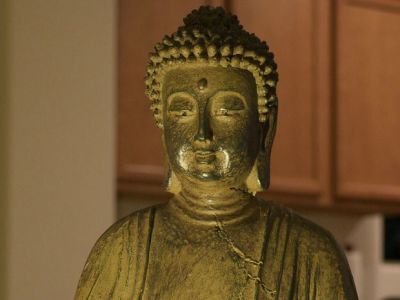 The Kisshoji Temple is a Buddhist temple managed by the Soto Sect of Buddhism. It is dedicated to the 47 Ronin who avenged the death of their master Asano Naganori.

The Kisshoji Temple was established by a Zen Buddhist Priest called Dogen. It was a favorite resting place of the Samurai Lord Asano Naganori. He was forced to commit Seppuku or ritual suicide during a meeting of Samurai Lords in Edo when he attacked his rival Kira who taunted him. His 47 followers avenged the unfair death of their master, killed Kira and committed Sepukku. At the time of Asano’s death, the priest at the temple, Juken was his dear friend. Juken converted the temple into a shrine for Asano and the 47 Ronin.

The Kisshoji Temple has stone sculptures of Asano and the 47 loyal Ronin. These are post World War II replacements of the original wooden statues. Although their graves are in the Sengaku-ji Temple in Tokyo, their nails and hair were buried here. The walls around the temple are lined with cherry trees. On December 14th, the day the Ronnin took their revenge, a festival is held here annually. Young boys dress up like the Ronnin and the temple serves a buckwheat noodle dish called Uchiiri Soba to visitors.
Image by Alejandro Rojas on Flickr under Creative Commons License.