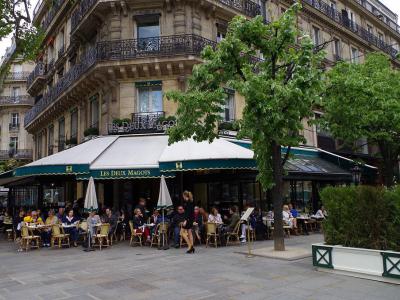 Les Deux Magots is a famous Parisian café Located directly on Place Saint-Germain-des-Prés, thus offering an uninhibited view of one of the city's oldest religious buildings, the Abbaye de Saint-Germain.

If you are in the neighborhood, come to grab a chair and order a coffee. It is a surreal feeling to drink coffee in the same place where the brilliant people who used to come and do the same thing. The setting is wonderful and the food and drinks are very good.