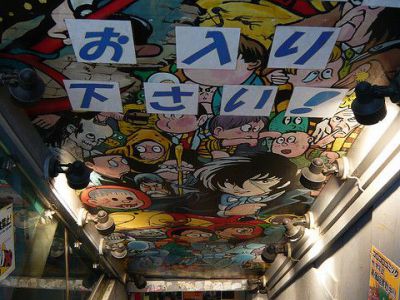 Mandarake is the largest seller of Manga collectibles in Japan and there are three major stores stocking them in Tokyo. Manga are comics and cartoons created in Japan.

There are three major shopping places where one can find Mandarake products in Tokyo. Products offered by the stores include second hand Doujinshi or comics created by amateurs, manga comics, toys, anime cels, Shitajike or pencil boards, Cds, Lds, posters and art books.

There is a small shopping mall with 12 specialized Mandarake shops in Nakano. Each stocks specific items relating to manga anime or video games. Items available include model cars, idol goods, anime song cds, videogames and costumes for cosplay. There are three used manga stores where comics are sorted by size and publisher. There is also a typically Japanese Maid Café at the mall. The Shibuya district of Tokyo has a single large Mandarake store located two floors below the ground. The store also features a karaoke stage for the performance of popular anime theme songs. Another popular Madarake store is the Ikebukuro Store near Tokyo Hands. All three stores attract many customers looking for used and new games related collectibles, retro US toys from the 1960s and 1970s and action figures related to Japanese anime.

Business hours: 12:00 to 20:00.
Image by WordRidden on Flickr under Creative Commons License.