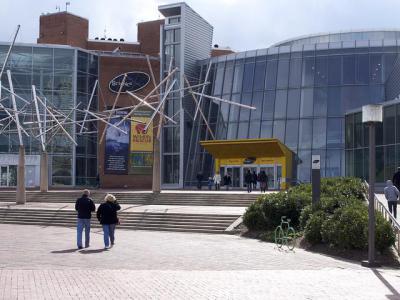 The Maryland Science Center, located in Baltimore's Inner Harbor, opened to the public in 1976. It includes three levels of exhibits, a planetarium, and an observatory. It was one of the original structures that drove the revitalization of the Baltimore Inner Harbor from its industrial roots to a thriving downtown destination.

In 1987, an IMAX theater was added, but the museum continued to show its age as the end of the 20th century approached. In 2004, a large addition to the property was opened, and the modernized hands-on exhibits now include more than two dozen dinosaur skeletons. Subjects that the center displays include physical science, space, Earth science, the human body, and blue crabs that are native to the Chesapeake Bay.