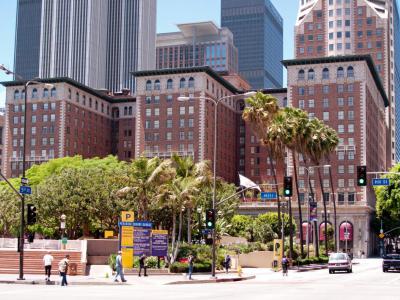 The interiors of the Biltmore Hotel are decorated with: frescos and murals; carved marble fountains and columns; massive wood-beamed ceilings; travertine and oak paneled walls; lead crystal chandeliers; cast bronze stairwells and doorways; fine artisan marquetry and mill work; and heavily embroidered imported tapestries and draperies. Most notable are the frescoed mural ceilings in the main Galleria and the Crystal Ballroom, which were hand painted in 1922 by Italian artist John B. Smeraldi, known for his work in the Vatican and the White House.
Image by Downtowngal on Wikimedia under Creative Commons License.
Sight description based on wikipedia