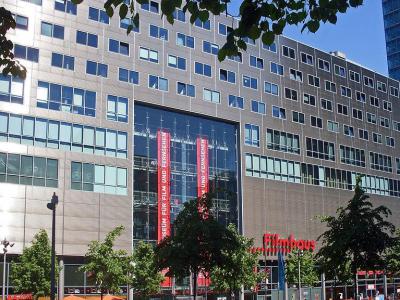 Museum of Film and Television, Berlin (must see)

This hi-tech museum – one of the best film museums anywhere – recounts the history of German film-making and television, starting in the silent era and leading up to modern-day films and directors. Among the exhibits are those devoted to pioneers such as Fritz Lang, groundbreaking documentaries like "Olympia" by Leni Riefenstahl, and legendary divas such as Marlene Dietrich.

Not only are the exhibits interesting but the layouts are beautiful and impressive to look at, too, especially the opening room – a hall of mirrors with large screens that reflect on each other. You could wander through these fascinating exhibits relatively quickly for an overview but if you want to dig in and watch some of the film excerpts, plan on spending a day here! For those who want to make the most out of the experience, there is also an excellent audio-guide.

The TV section is not quite as absorbing, but if you ever wanted to hear Star Trek dubbed in German, this is your chance. There is also a decent gift shop with lots of lots of fun and quirky items along with books and movies.

Tip:
No photos allowed and if you have a backpack it will have to be checked in before entering.
Everyone gets free admission every Thursday between 4 and 8pm – a great way to save a bit of cash.