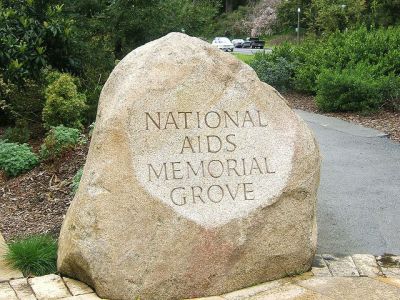 The National AIDS Memorial Grove (NAMG) was the vision of a small group of San Francisco residents representing a community affected by AIDS. This small group of people put their vision into action in the year 1988. The group selected a site in the famous Golden Gate Park, called the de Laveaga Dell. Due to lack of sufficient funding, the site was not being maintained regularly and therefore was not serving its purpose as a park. However, as soon as the area was leased to the city for the purpose of building a grove, the news of the initiative spread far and wide and many volunteers came up to support the noble cause. Volunteers included a group of outstanding architects, prominent artists, landscape designers who put in their time and priceless efforts in designing this timeless living memorial.

In 1996, the President of the United States officially approved the National AIDS Memorial Act. Since then, this grove proclaims to the world that there is a place for everyone, whose life has been touched by the uncontrolled pandemic of AIDS.

This grove was envisioned as a serene place where people would come alone or in groups to hold memorial services for their dear ones who were touched by AIDS. The mission of the grove is to provide a healing sanctuary and to promote learning and understanding of the human tragedy of the AIDS pandemic.
Image by areta on Flickr under Creative Commons License.