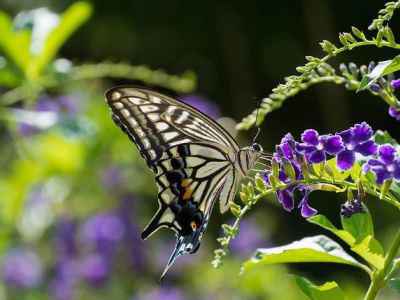 The Oimatsu-Dori was once a small alley leading to the Tenmangu Shrine. It has now become a shopping area frequented by art lovers and antique hunters.

The Oimatsu-Dori Street was named after the Oimatsu-Jinja shrine that forms part of the Tenmangu Shrine complex. The meaning of Oimatsu is Old Pine Tree. The shrine is said to have been founded by the Empress Jingu. She built the shrine under a large pine tree near the present Oimatsu street to show her gratitude to the tree that sheltered her ship from strong winds and waves on her return from a visit to the Chikushi region.

Initially the Oimatsu-Dori Street had the residences of academics and intellectuals of the city. It was known as a cultured area of Osaka. There were inns, theaters and restaurants frequented by these intellectuals at the time. The elegant buildings located here reflect the cultured aura that once permeated the street. After World War II, it became the home of antique dealers and today, there are over 90 antique shops and art galleries here. Lawyer’s offices and court buildings at the south of Oimatsu- Dori Street help to preserve its academic atmosphere even today. The street attracts crowds during the Old Pine Tree antique festivals held in spring and autumn annually.
Image by Iskra Photo on Flickr under Creative Commons License.