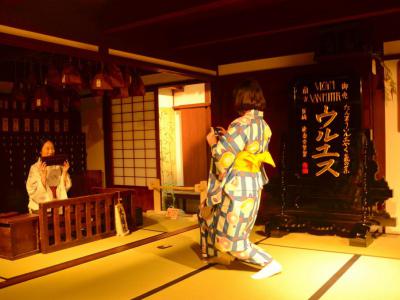 Osaka Museum of Housing and Living, Osaka (must see)

The Osaka Museum of Housing and Living takes visitors down the changing lifestyles of the people at different times in the city. It is unique because entire streets are reproduced to show how people lived at different periods.

Exhibits at the Osaka Museum of Housing and Living are organized in nine floors. Wax mannequins dressed in costumes reflecting the styles of the different historical periods of the city add to the realistic appearance of the reproduced streets. Visitors can walk around the re-created streets and get an experience of what life was like in the city in times of yore.

One can trace the history of Osaka from ancient times to the present by following the dioramas and interactive exhibits at the Osaka Museum of Housing and Living. The 10th floor has an observatory from which visitors can see a reproduction of an Edo Period street and feel the bustle and activity of the people at the time. The 9th floor has a reproduction of Naniwa, the old name of the city of Osaka during the Edo period. The 8th floor is dedicated to the city in the twentieth century, the Meiji era, during and after World War II and as it is today with modern buildings and as a bustling modern day business center. Special exhibitions recreating popular festivals are hosted all year through.