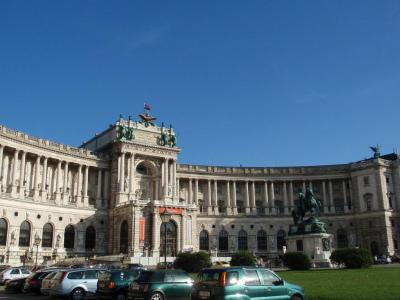 The Austrian National Library is the single biggest institution of its kind in all of Austria. Currently located in the Hofburg Palace, it houses over 7 million items in its collection, including many very old books, globes, maps, and musical scripts. The library also houses one of the world’s largest collections of autographs.

The State Hall located in the building is probably the most stunning part of a trip to this place. It was designed and commissioned by Emperor Charles VI. It was intended to be the location for his court library. The project was completed in 1726, and the ceiling frescoes were finished by 1730.

Today, the State Hall contains over 200,000 items for display, among which books from the period of 1520 until 1850. Prince Eugene of Savoy’s collection of antique books is also now on display in this location.

Why You Should Visit:
One of the most picturesque libraries in the world, and reminiscent of 'Beauty and the Beast' with its Baroque style.

Tip:
It is best to go there early in the morning or lunchtime so you don't have a lot of visitors obstructing your photographs.
Unlike some other historic libraries, you’re allowed to wander around taking photos without paying for a permit (just turn off your flash).