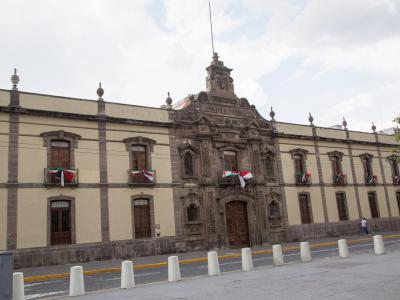 The Palace of Justice of Jalisco was originally built in 1588. The palace building was originally used as the main building of the convent and temple of Santa Maria de Gracia. The building was then used for several different institutions until 1952 when it was remodeled and became the state judiciary.