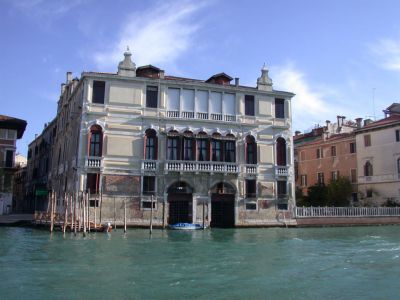 Clearly fancying the good life, the teenager Casanova befriended a 76-year-old aristocrat, Senator Malipiero, who resided in Palazzo Malipiero. From 1740 onwards, he lived in the grandiose Palazzo, where he learned about fine food and fine wines as well as how to conduct himself in high society. Here, in one of the most celebrated homes in Venice, he established relationships with a number of influential figures who "knew everything that went on in town", and with a great many fashionable ladies "who lived their lives to the full".

During this time, his carnal knowledge of the opposite sex was initiated by two sisters, Nanetta and Marta, when they were 14 and 16 years of age, respectively. Casanova felt himself falling in love with both and claimed his lifetime pursuit of women was rooted in this early encounter. The experience certainly emboldened him to venture deeper into society. Venetian women had a style all their own, which drew outsiders to their seductive, playful, fiery style. They dyed their hair many shades of blond, wore elaborate makeup, and regarded their admirers with a provocative expression, daring them to try their luck.

After being caught, in flagrante delicto, "dallying" with Senator Malipiero's young protégé, Teresa Imer, Casanova was banished from the Palazzo in 1742. Humiliated, he had to endure another dislocation when the priests supervising his education transferred him to a seminary, thus again preventing him from falling prey to the snares of the world. Nine days after arriving at the seminary, Casanova was dismissed for being found in bed with a young boy. While he seems to have been innocent on that occasion, in the years to come he would not deny himself the occasional homosexual adventure.
Image by Gvf on Wikimedia under Creative Commons License.