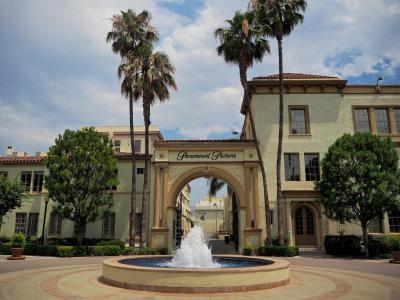 Paramount Pictures was established in 1913. It is the fifth oldest surviving film studio in the world and the second oldest in the United States. In 1926 the studio moved to its current location. Paramount Pictures is the one of biggest and the most successful studios in the world. Paramount's stars include such big celebrities as Marlene Dietrich, Clara Bow, Gary Cooper, and countless others. Paramount has produced many top grossing movies in the history, among them Titanic, Forrest Gump, Transformers: Revenge of the Fallen, Iron Man, Star Trek, Raiders of the Lost Ark, and many more.

Paramount Pictures offers guided tours so visitors can see how movies are made. Paramount studio tours are informative, interesting and entertaining for visitors and are often the highlight of a LA trip.

Why You Should Visit:
To see behind the scenes of how film and TV shows are made. Tours are conducted in small groups of about 20-25 people. You go through the back lot and some of the sound stages. Good explanation by knowledgeable tour guides. Interesting interactive museum to end the tour.