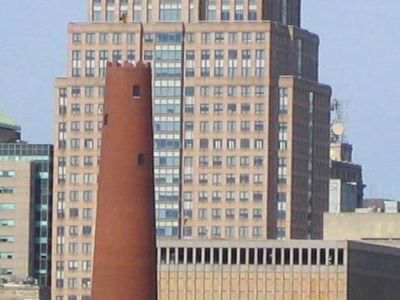 The tower was built by Jacob Wolfe using bricks manufactured by the Burns and Russell Co. of Baltimore. The circular brick structure's walls are 4.5 feet (1.4 m) thick from the bottom to about 50 feet (15 m) up; then they narrow in stages of 4 inches (10 cm) each, until at the top the thickness is 21 inches (53 cm).
Image by Steelplug on Wikimedia under Creative Commons License.
Sight description based on wikipedia