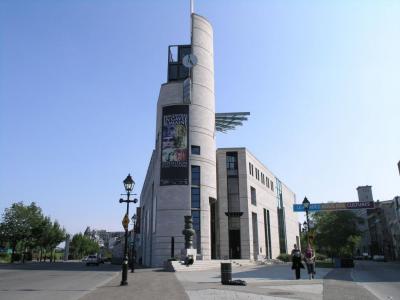 Old Montréal is, well, old. Walking through it, you will pass through narrow streets lined with buildings that, in some cases, predate Canada being an independent nation – but step inside this museum and you will see things that are even older – right from the Natives era. Opened in 1992, Pointe-à-Callière marks the very site where Montréal (originally Ville-Marie) was established and is therefore quintessential for those wishing to trace the city's history through ages. Across from the ticket counter is an excavated wall, while he theater for the introduction film has screens suspended over a dig site.

Get into the museum itself, located underground, and you'll be walking among ruins of buildings or standing above the remains of Fort Ville-Marie. Hours can be easily spent examining all of the displays, which vary from artifacts revealing the trade beads, European jewelry, metal objects and pottery pieces found in the dig; to dioramas showing the layout of the Fort and an Iroquois village; to seeing a section of the Fort's burial ground with information about the people who had been buried there and their cause of death; to seeing a section of the trench built to hold the Fort's palisades (the tree trunks had left their marks in the ground!). The many bilingual information boards help to sort out what one is looking at.

It is not often that you get to see such archaeological digs done under the streets and buildings, nor even a chance to walk through a once-used sewer. Despite the underground location, there is lots of head room, the AC is good, and there's no dirt on the walkways. As one would expect with underground diggings, the paths are a bit of a maze, but there are stairs as well as elevators to use, and exit signs are well marked and lit overhead. WC and café at the upper level, too!

Why You Should Visit:
Specializing in the many component parts of the city's history and combining this with archaeological discoveries provides one of the more unique museum experiences you will find anywhere. A fun and fascinating introduction to Montréal!

Tip:
If you have kids, it's worth checking the museum website to see what's going on for the little ones.
Note that the museum also has a bistro with a lovely view, that closes at 4pm.