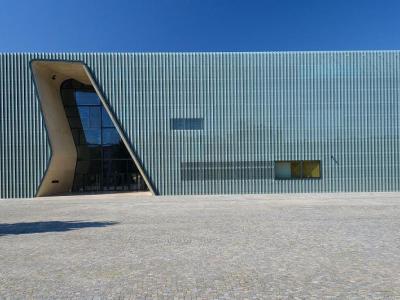 POLIN Museum of the History of Polish Jews, Warsaw (must see)

The POLIN Museum of the History of Polish Jews opened in 2013. The museum focuses on Jews in Poland from the Middle Ages through present day. It has a strong focus on the Holocaust, but it covers more than 1000 years of Jewish history.

The core exhibition has eight galleries that include artifacts and information detailing the arrival of Jewish people, their settlement and their culture. There are interactive exhibits, films, artwork and photos that work together to provide a narrative history.

Rotating exhibits vary. They often focus on visual art, photography and history. These temporary exhibits are sometimes on display for as long as six months or as short as only a few weeks. Thanks to the broad range of rotating exhibits and the importance of the core exhibition, the POLIN Museum of the History of Polish Jews received the European Museum of the Year Award in 2016.

The museum is located on the site of the former Warsaw Ghetto. It was designed by architects Rainer Mahlamäki and Ilmari Lahdelma in a Postmodern Architectural style using concrete, copper and glass. The imposing, box-shaped building stands in contrast to the surrounding green space where it sits. The award-winning building is illuminated at night in multiple colors.
Image Courtesy of Wikimedia and Adrian Grycuk.