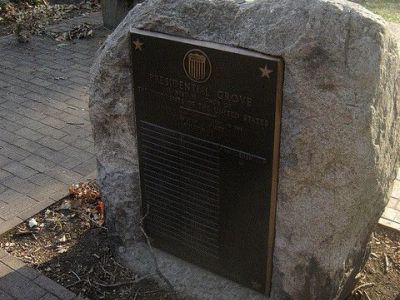 Eden Park is home to five memorial tree groves, the largest of which is Presidential Grove. Presidential Grove was established in 1882 when the first oak in memory of President George Washington was planted. This tree memorial includes a tree dedicated to every president of the United States.
Image by seamusiv on Flickr under Creative Commons License.

Want to visit this sight? Check out these Self-Guided Walking Tours in Cincinnati. Alternatively, you can download the mobile app "GPSmyCity: Walks in 1K+ Cities" from iTunes App Store or Google Play. The app turns your mobile device to a personal tour guide and it works offline, so no data plan is needed when traveling abroad.