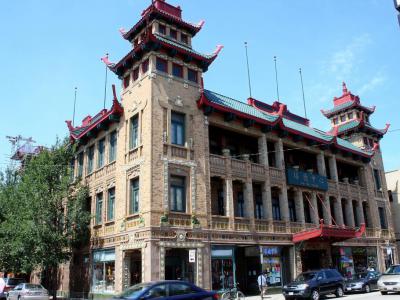 Later, the building was purchased by the Chinese Christian Union Church (CCUC) and renamed Pui Tak Center in 1993. The Center now hosts various religious, community and educational programs, such as adult education and training, youth programs, music programs and new immigrant services. The Pui Tak Center is a historical landmark of the Chinatown. The name “Pui Tak” is the Chinese for “building character” or “cultivating virtue.”
Image by Marit & Toomas Hinnosaar on Flickr under Creative Commons License.
Sight description based on wikipedia