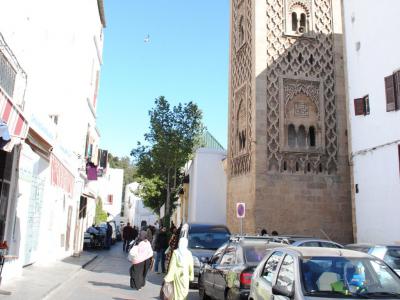 The mosque was built at the order of Sultan Sidi Mohammed Ben Abdallah in the 1700s. The Sultan supervised the construction closely. He was present at the laying of the foundation and at the first Friday prayers. The building received an extension in the 19th century by Sultan Moulay Hassan I. King Mohammed V added further in 1950.

The rue Dar el-Makhzen connects to the Rue Sidi Bousmara which leads to the shrine of Sidi Bousmara, a saint who settled in Casablanca.
Image Courtesy of Wikimedia and Rais67.