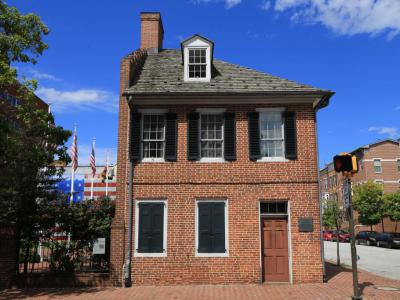 Built in 1793, it was the home of Mary Pickersgill when she moved to Baltimore in 1806 and the location where she sewed the "Star Spangled Banner," the garrison flag that flew over Fort McHenry in the summer of 1814 during the Battle of Baltimore in the War of 1812. The museum contains furniture and antiques from the period as well as items from the Pickersgill family. A 12,600-square-foot (1,170 m2) museum was constructed next to Pickersgill's house. It has exhibits on the War of 1812 and the Battle of Baltimore.