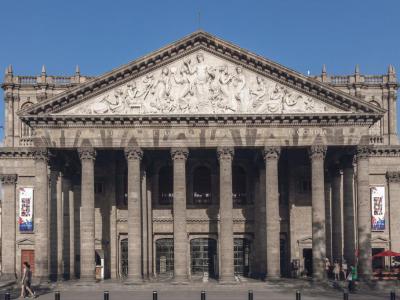 Degollado Theater is a stunning classical-style theater that was commissioned in 1855 and built between 1856 and 1866. When the theater was commissioned, it was called Alarcon Theater after actor Juan Ruiz de Alarcon.

Santos Degollado was Jalisco's governor and laid the theater's cornerstone in 1856. He died in battle in 1861, and the theatre was renamed to honor Degollado in December 1866.

The exterior has grand Corinthian columns. The pediment features a mosaic showing Apollo and the Nine Muses.