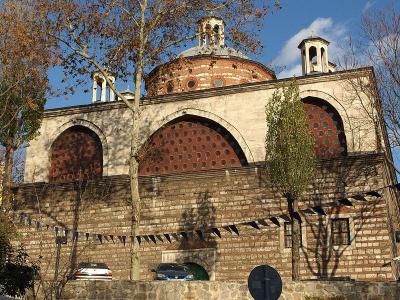 Although architecturally this fine structure resembles a mosque, it has nothing to do with religion, having been originally commissioned by Sultan Mehmed the Conqueror to manufacture artillery equipment for the Ottoman army – cannons and cannonballs, more specifically. As time went by, it became a center of the arms industry and trade in the Empire, and for a period in the 1900s, was used as an educational center. In 1958 it became the home of the Military Museum, and in 1992, it was turned over to the Mimar Sinan University of Fine Arts.

Following restoration, the very historic building now hosts important contemporary art exhibitions in three different exhibition halls, which you can easily visit free of charge. While exploring the building's architecture, you may be reminded of some of Mimar Sinan's mosques whose domes are interrupted by rows of windows. Symmetrical, well balanced, harmonious and elegant, the structure itself is a real masterpiece.