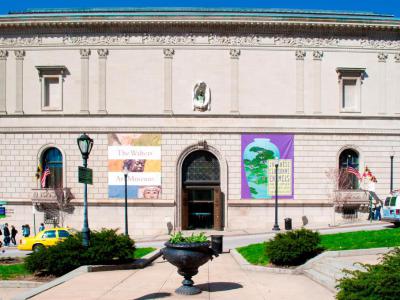 The Walters Art Museum, located in Baltimore, Maryland's Mount Vernon neighborhood, is a public art museum founded in 1934. The museum's collection was amassed substantially by two men, William Thompson Walters (1819–1894), who began serious collecting when he moved to Paris at the outbreak of the American Civil War, and his son Henry Walters (1848–1931), who refined the collection and rehoused it in a palazzo building on Charles Street which opened in 1909. Upon his death, Henry Walters bequeathed the collection of over 22,000 works and the original Charles Street palazzo building to the city of Baltimore, “for the benefit of the public.” The collection touches masterworks of ancient Egypt, Greek sculpture and Roman sarcophagi, medieval ivories, illuminated manuscripts, Renaissance bronzes, Old Master and 19th-century paintings, Chinese ceramics and bronzes, and Art Deco jewelry.

In 2000, the Walters Art Gallery changed its name to the Walters Art Museum to reflect its image as a large public institution. The following year, the museum reopened its largest building after a dramatic three-year renovation.

Starting Sunday, October 1, 2006, the Baltimore Museum of Art and the Walters Art Museum began having free admission year-round as a result of grants given by Baltimore City and Baltimore County. In 2012 the museum released nearly 20,000 of its own images of the collections on a Creative Commons license, and collaborated in their upload to Wikimedia Commons.