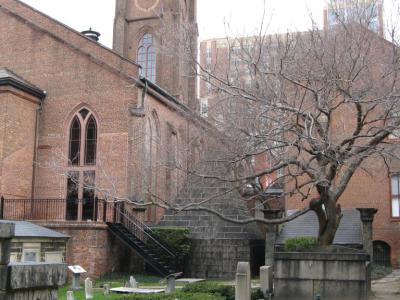 The entire site is properly illuminated, and of course, in Poe style, the best time to visit is after dark.
Image Courtesy of Wikimedia and Midnightdreary.
Sight description based on Wikipedia.