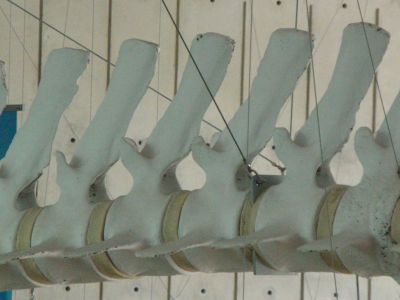 The Zoological Museum is a teaching and research facility attached the University of Naples. It has some unique natural history exhibits on display.

The Zoological Museum of Naples was founded by Gioacchino Napoleone Murat, Napoleon’s brother in law and King of Naples between 1808 and 1815. The museum opened its doors in 1811 with Luigi Petagna as its first curator. It housed the natural history collections of the Royal House of Bourbon and the private collection of eminent physician, Giuseppe Saverio Poli. The building housing the museum was severely damaged during World War II. It was restored under the capable guidance of curator, Mario Salfi, between 1948 and 1970.

The donation of the collection of natural history exhibits by physicist and natural historian Giuseppe Saverio Poli greatly enriched the displays at the Zoological Museum. The collection includes rare species of southern European butterflies, fresh water and marine mollusks and marine organisms and sponges unique to the Mediterranean Sea. Other exhibits are from the royal collection with over 3,000 embalmed birds, a collection of vertebrates including the skeleton of a 20 meter long whale found on the beach of Naples, mummified crocodiles from Egypt and the skeleton of an elephant. Guides are available at the museum for the convenience of international visitors.