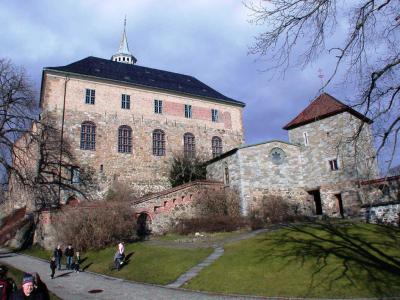 Akershus Slott is a medieval castle on the banks of Oslo fjord. One of the city’s most picturesque and recognizable buildings, it was built to protect the capital from invasion. It was first constructed in 1290 by King Haakon V, following a recent assault on the city. In over eight hundred years of existence, it has never been successfully captured by a foreign enemy – although it was occupied by Nazi Germany following Norway’s unilateral surrender in World War 2. The fortress survived many sieges in the medieval era, prized by Sweden due to its proximity to the coast. It was thought that control of the castle meant control of Norway as a whole.

The castle was also a prison for much of its history and is still a military concern to this date. Socialists, folk hero thieves and war criminals have all been held captive here. Many consider it to be Norway’s most well-known building – a fact borne out by its presence in the Norway-themed world at EPCOT in Orlando, Florida.

Why You Should Visit:
Free entry. Beautiful views of the sea and Oslo city. Well maintained and not crowded at all. Peaceful place for a walkabout. Very near to the Radhus and Aker Brygge.