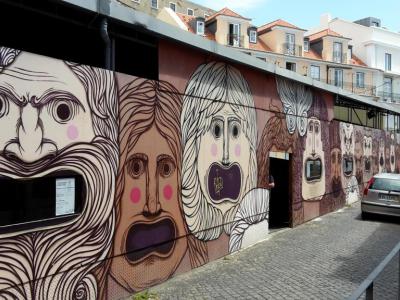 Oh, those Romans! Everywhere you go there is evidence of their Empire! Roman Theatres, in a general sense, are symbols of power and marks of romanization, as is the case of the theatre of Felicitas Iulia Olisipo, the name attributed to the city of Lisbon in the Roman period. When theatres began to serve simultaneously a political and religious function, especially from the time of Emperor Augustus, they became places 'par excellence' of the Imperial cult.

The Roman Theatre of Olisipo was of considerable size, seating ~4000 spectators. During the middle ages, it disappeared beneath the ground because of neglect, wind and soil erosion; however, after the 1755 earthquake, parts of it resurfaced resulting in a renewed interest in Lisbon's Roman past. Excavations were undertaken and the objects unearthed now form the museum's permanent exhibits, including many columns, stone statues and a small collection of archeological finds.

The most interesting part for visitors is the installation of multilingual video and touch screens that tell the story of Lisbon under the Romans. Although rather small and with a minimal collection as compared to other Roman archeological museums in Europe, the museum is well arranged and explained via multimedia displays. Take time and wander around!
Image Courtesy of Wikimedia and Joris.