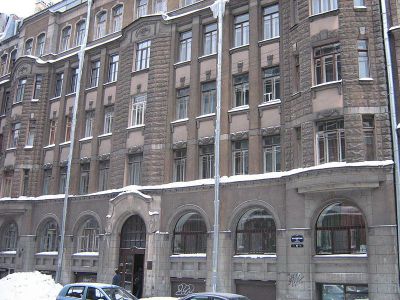 Although the apartment is an important part of Russian history because of Stalin and Lenin, it is actually more famous for being the home of Stalin’s tragic wife. An average of 10,000 patrons visits each year. Over 187 items are available for viewing. Only group visits are allowed.
Image by Peterburg23 on Wikimedia under Creative Commons License.