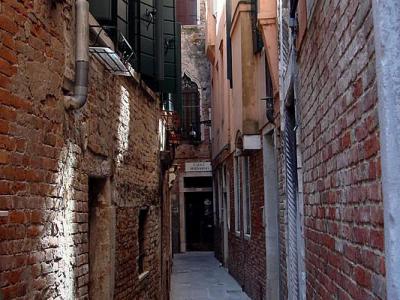 Giacomo’s grandmother, Marzia, lived on Calle de le Muneghe, and it is here that academics believe Giacomo was actually born (and not, as previously claimed, on Calle de la Comedia – now Calle Malipiero). His parents most likely lived here, at No. 2993, during their first year of marriage until they departed for theatre work in London during 1726, leaving the one-year-old to be raised by his grandmother. Later, as a 17-year-old, Casanova would nurse his beloved grandmother in ill health until her death in the same Calle de le Muneghe home.
Image by Zaldy Camerino on Flickr under Creative Commons License.