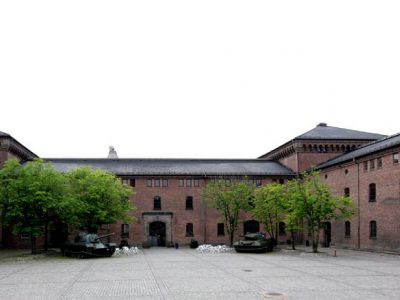 The Forsvarsmuseet, located close to Akershus Fortress and the Resistance Museum in Oslo city centre, is the Norwegian armed forces museum. Combat and resistance has been at the heart of Norway’s history, from the Viking era to Nazi occupation in the 1940s. The museum’s industrial style red brick building once housed a military arsenal, and was also the Nazis’ Norwegian headquarters during World War 2. An extensive exhibition on the conflict can be found inside. It houses tanks, bombs and fighter planes, as well as displays on how the Allied Forces eventually won the war.

The tempestuous era from the 17th to early 20th century is also covered extensively, in permanent exhibitions covering the battle between Denmark and Sweden for ownership of Norway, and the nation’s struggle for independence. Medieval battles are also recalled through a fine collection of military artifacts dating back to Viking times. Admission is free, and the museum is accessible to wheelchair users and guests with hearing or visual impairment.