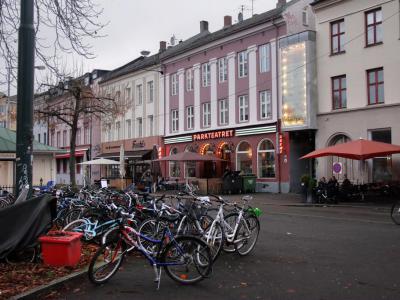 Grünerløkka is also called Greenwich Village of Oslo, named after Friedrich Grüner in 1672. It became part of the city in 1858. Before that it was a working class area, where several factories were placed. Today Grünerløkka is like a small town in itself and offers a wide range of services: post office, banking, library, dining, theater. It has beautifully renovated houses next to run-down, old ones, with plenty of green areas and parks.
Image on Wikimedia under Creative Commons License.
Sight description based on wikipedia