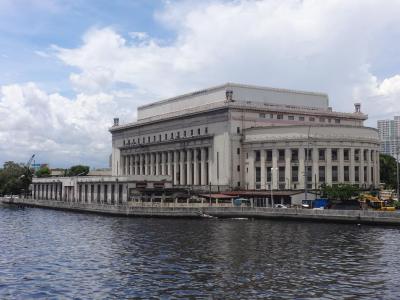 The Manila Central Post Office is the head office of the Philippine Postal Corporation. It is located on the bank of the Pasig River in the historic fortified part of the Philippine capital city. The structure was built in 1926 but suffered severe damages during the Second World War. Architect Juan M. Arellano designed it in neoclassical style. This Greco-Roman style building is a classic example of Western architecture that existed between the two world wars. Thankfully, the edifice was restored to its original splendor after the war and has inspired local students of architecture and those around the world with its immaculate design ever since. Unfortunately, the interiors of the building do not meet the high expectations brought about by its magnificent exterior. Still, the building deserves a visit and must not be missed if you are in Manila. The Post Office is easily accessible from Liwasang Bonifacio Plaza, also known as Plaza Lawton.

Serving as the head office of the country’s postal operations, this facility handles the mail sorting and distribution operations. It also houses the philatelic section where enthusiasts can buy the latest as well as special edition stamps for their collections. Every year, Manila Central Post Office plays host for an exhibition displaying old stamps and equipment related to mail service.
Image by Mike Gonzalez on Wikimedia under Creative Commons License.