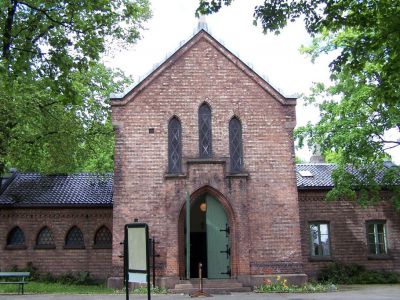 The quirky nature of the church’s design, and the sudden, surprising collapse of its congregation, led locals to attach a mythical status to the building. Nicknamed the ‘day of judgment’ church, it was prophesised that the re-inauguration of Maria Bebudelses Kirke would herald the end of the world. Thankfully, this fanciful myth was proved untrue when a Greek Orthodox congregation moved into the church in 1986. They still hold regular services in the building, and have grown to number at least 500 worshippers. The church is also used by migrant Orthodox worshippers from other nations in south-eastern Europe, including Bulgaria and Serbia.
Image Courtesy of Wikimedia and Chris Nyborg.