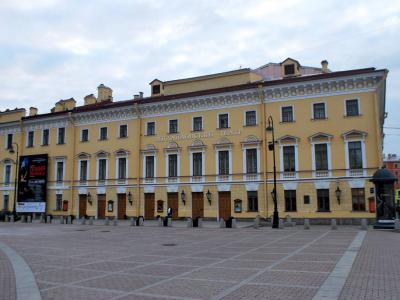 Mikhailovsky Theater is one of the oldest theaters in Russia. It was established in 1833 on the orders of Tsar Nicholas I. The theater is located in Arts Square in St. Petersburg and is named after Grand Duke Michael Pavlovich of Russia. The theater’s main priority is to introduce patrons to operas and ballets of the 19th and 20th century.

Many leading artists of the day performed at the theater. Sarah Bernhardt, Rachel Felix, and Hortense Scheider are just a few of the many who graced the theater’s stage. In addition, works of Moliere, Hugo, Sardou, Dumas, and Offenbach were presented.

Since 2007, the theater has experienced a rebirth that has returned it to its former greatness. A visit to the theater is worth it, if for nothing else; just to see the stunning design of the interior. The box office is open daily 10 am to 9 pm.

Why You Should Visit:
Although the stage is smaller than the Mariinsky Theatre, overall Mikhaylovsky is an equal match.

Tip:
They are strict about time. You are not allowed to enter if you are late. So be on time!
Consider paying extra to sit in the first row in the upper seating areas for the clearest view.
Image by Savinsasha on Wikimedia under Creative Commons License.
Sight description based on wikipedia