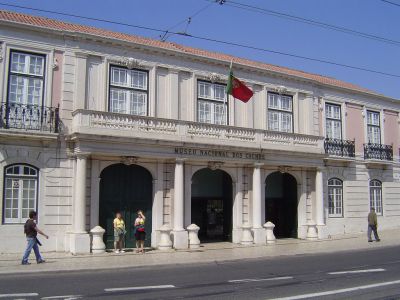 The Museu Nacional dos Coches was created in 1905 by Queen Amélia to house an extensive collection of carriages belonging to the Portuguese royal family and nobility. Its collection – by far the finest and most extensive you'll see anywhere in the world – gives a full picture of the development of carriages from the late 16th through the 19th centuries, with carriages made in Italy, Portugal, France, Spain, Austria and England.

Among its rarest items is a late 16th/early 17th-century traveling coach used by King Philip II of Portugal (Philip III of Spain) to come from Spain to Portugal in 1619. There are also several pompous Baroque 18th-century carriages decorated with paintings and exuberant gilt woodwork, the most impressive of these being a ceremonial coach given by Pope Clement XI to King John V in 1715, and the three coaches of the Portuguese ambassador to Pope Clement XI, built in Rome in 1716.

The museum's original location – the Royal Riding Hall of Belém – has a few coaches along with early emergency response vehicles, while the new modern location nearby houses about 70 or more coaches of all sizes and purposes. For each of these, there are full explanations in Portuguese, English, French, and Spanish, while interactive displays allow you to even "see" their insides from different angles!

Why You Should Visit:
Definitely the best museum of its kind in the world.
That so many coaches have been preserved, then restored and displayed so effectively is incredible!

Tip:
Don't forget to drop by the older second building just a block away from the new one. The interior is worth the trip.