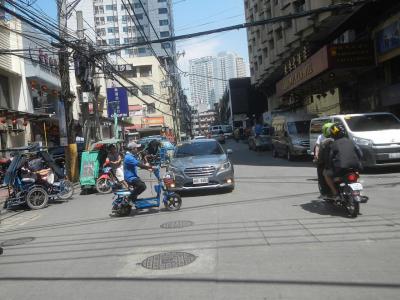 No city is complete without its own little suburb that is cramped up with buildings, has restaurants that don’t necessarily level up to the health and safety measures but sell excellent Chinese food and traditional apothecary stores. And like any other city in the world, Manila has its own little China Town to boast about.

Established in 1890s, the Street was named after Don Roman Ongpin, a wealthy Chinese business man whose undying support for the freedom of his country and the Philippine Revolution earned him tremendous respect and immortality in the hearts of his countrymen.

Packed with restaurants and herb stores, the Ongpin Street in Manila is the city’s very own Chinese hide out. The streets are small and the traffic annoying but yet the Ongpin Street manages to attract a fair share of foreigners as well as locals. Here, visitors can get anything from pirated CD’s, clothes and purses, to mouthwatering food, medicinal herbs and other knickknacks. Surely, the area appeases its visitors every appetite.

What looks like a cramped hot place with unusual sights in the day, the glitz and bling of the gold shops manage to transform the area altogether at night. The Ongpin Street is definitely a must visit when you are in Manila.
Image by Siomuzzz on Flickr under Creative Commons License.