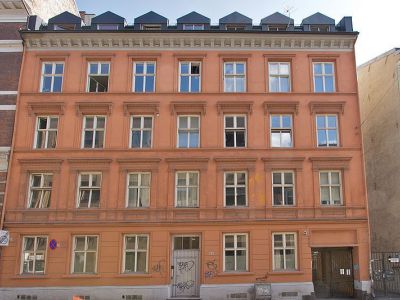 Oslo Jewish Museum houses a collection of articles representing Jewish history and culture in Oslo, and Norway in general. It offers a variety of temporary exhibitions and events focusing on Jewish traditions, culture and history. It was established as a foundation in 2003, supported by the Det mosaiske trossamfunn and Oslo City Museum. The museum was officially opened by Haakon, Crown Prince of Norway on September 8, 2008. The location was selected as one where there had been a substantial Jewish population. A synagogue stood on the same street from 1921 to 1942, and many of the Jews immigrating to Norway from the Baltics lived in the vicinity.
Image by Kjetil Ree on Wikimedia under Creative Commons License.
Sight description based on wikipedia