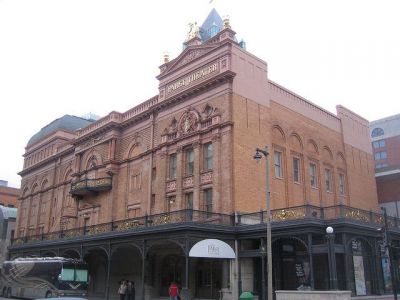 Pabst Theatre was constructed in 1895 to bring theatre to the city of Milwaukee. After more than 100 years in operation, the Pabst is one of the oldest theatres in the country that has seen continuous use since its first performance.

The Pabst was built at the request of Frederick Pabst. He had previously owned the Nunnemacher Grand Opera House, which was destroyed in a fire. The Pabst was built on the same site as the Nunnemacher in a German Renaissance Revival style designed by Otto Strack. Some of the updates that Strack made in his design were the inclusion of all-electric lights, an electric organ, an air conditioner and fire curtains. All of these items were both rare and revolutionary at the time.

The Pabst was named a National Historic Landmark in 1991. It was also named as a landmark of Milwaukee and the state of Wisconsin.

Visitors can enjoy the style of the Pabst from the outside or they can plan to attend a show. Guests can enjoy concerts, plays, ballet performances and other special events.
Image by compujeramey on Flickr under Creative Commons License.