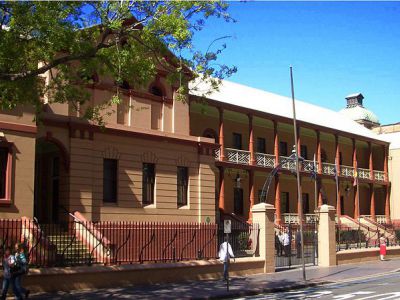 Parliament House Sydney is a complex of buildings home to New South Wales' Parliament, enjoying World Heritage Site status. The oldest part was built in 1816 in the style of Georgian architecture, with neo-Gothic additions. The front verandah area has colonnades that make the facade even more impressive.

The building for the Legislative Assembly is where the lower house meets. A Speaker's chair and ceremonial mace on its table are some of the highlights. Seating areas for assembly members flank the Speakers' chair, and there is also a gallery where members of the press sit. The Legislative Council Chamber, for the upper house, contains a vice-regal chair made from red cedar. Seven busts of former Council members are also in this chamber, with four sporting ceremonial dress and three with Roman-style togas.

One of the most accessible areas to the general public is the Fountain Court, which is an exhibition area featuring an impressive fountain. The theaterette has 166 seats, perfect for whatever types of shows you might catch while you're there. There is even a roof garden above the theaterette.

Free guided tours are available every day and the guides are very knowledgeable. You can learn a lot about the history of the building and Australia.

Why You Should Visit:
To see an old architecture from the earliest time of Australia contrasted by the modern Fountain Court in the heart of the building, which is an amazing sight.

Tip:
If you're most interested in how democracy works in the NSW Parliament, you should go on sitting days which is when Parliament is in session, you can listen to the debates but you will see less because the visit is restricted to the Visitors' Galleries. On non-sitting days, both historic chambers can be visited.