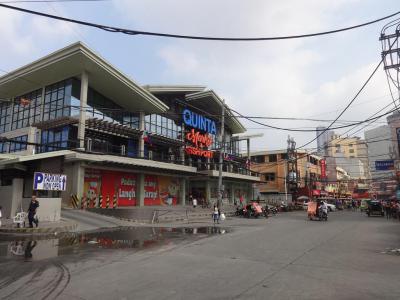 Quinta Market was built by the Spanish colonial government in 1851, the same year as the Divisoria Market. Quinta Market was the central market of the City of Manila, originally catering to the wealthy families that lived in Quiapo at the time. By the early 20th century, the market had become one of the city's most important markets. In 2017 the old market structure was torn down and replaced by a two-story modern facility.

Quinta Market is currently home to 279 registered vendors, all of whom were also registered vendors at the old market at the time when it was torn down. At Quinta Market you'll find vendors selling fish, meat, vegetables, fruits, and other foods. Some stands offer already-cooked meals, made from the products sold right there in the market. Locals adore this place, as many kinds of meat and very tasty fresh fish is brought to the market early in the morning.
Image Courtesy of Patrick Roque.