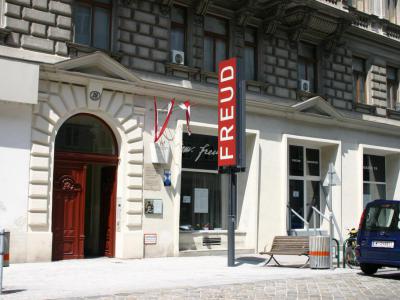 A Vienna resident for more than five decades, Sigmund Freud is as synonymous with the Austrian capital as coffee houses and the waltz. His former 19th-century apartment at Berggasse 19, where he wrote many of his greatest works, is now something of a shrine and place of pilgrimage, though he took almost all his possessions – except his library, which he hurriedly sold – into exile (where they are displayed in London's Freud Museum).

The father of psychoanalysis, Sigmund Freud lived, worked and received patients here from 1891 until his unwilling departure from Vienna in 1938, to escape Nazi persecution. There are more than 420 items of memorabilia on display, including letters, telegrams and original editions of books, photos documenting Freud's long life, waiting-room furniture and various antiquities. A few rooms feature Freud-inspired art, a library and a shop, while a video room shows unique home-movie footage of the Freud family in the 1930s with a commentary by none other than Anna Freud.