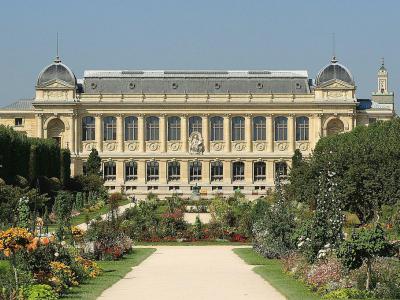 Nestled in the heart of the Latin Quarter, the Sorbonne University is a world-famous institution of higher education with some famous graduates such as Roland Barthes, Simone de Beauvoir, Dante, Thomas Aquinas, John Calvin, Gilles Deleuze, Jean-Luc Godard, and François Mitterrand, among others. Originally called the University of Paris, it is the world's second oldest university, founded by Robert de Sorbon in 1257, and is worth a visit as it has some superb buildings.

Half a century ago, a confrontation between the university students and administration led to Sorbonne's temporary closure on May 2, 1968. This, along with a threat of the authorities to expel all student activists, saw more than 20,000 people – students, teachers and supporters – walk out on the streets of Paris in protest. The police met them with tear gas and made hundreds of arrests. On May 10, after the first round of negotiations had failed, the students organized another rally which again resulted in a clash with the police, followed by many injuries and hundreds of arrests. On May 13, over a million people spilled out on the streets of Paris. Eventually, all detained Sorbonne activists were released and the university reopened as an autonomous "people's university" by order of then-Prime Minister of France, Georges Pompidou.

In 1971, the first five original faculties of the Sorbonne were reorganized into 13 interdisciplinary institutions. Four of them today occupy the historic Sorbonne building. The university has 12 campuses and 17 departments, offering courses in Arts, Languages, and Humanities. It also incorporates the prestigious communication and journalism school CELSA.

Tip:
Access is allowed (and free) if you're lucky to visit in September when the Sorbonne is open to the public during the European Heritage Days. Otherwise, have a drink by the fountain and just enjoy the good life!
Image by Benh LIEU SONG on Wikimedia under Creative Commons License.
Sight description based on wikipedia