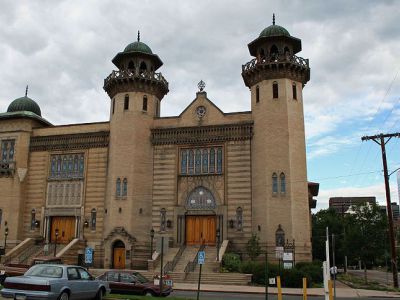 Temple Emanuel is a well-known Denver synagogue. Built in 1899, this striking temple was built in the Neo-Moorish style and was the first synagogue established in Colorado. With massive domed ceilings and elegant chairs, the temple serves as a home to its Jewish congregation and fosters Jewish values in this region. In 1978, it was listed on the National Register of Historic Places.
Image Courtesy of Wikimedia and Jeffrey Beall.