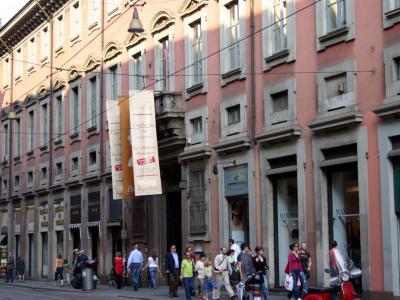 Via Manzoni is a busy and fashionable street in Milan which leads from Piazza della Scala north-west towards Piazza Cavour. This impressive refined-air street is lined with aristocratic apartment blocks and opulent churches. There are also quite a few notable buildings found along the way here too, including the Museo Poldi Pezzoli, the elegant Grand Hotel et de Milan – a place where Giuseppe Verdi died in 1901, and several fine palazzi.

In 1990, when the Montenapoleone station was opened, a fountain designed by Aldo Rossi was placed in Via Croce Rossa, as a monument to Sandro Pertini.