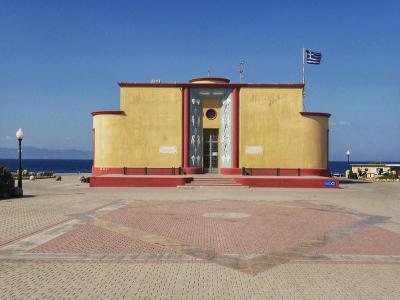 The Aquarium on Rhodes is located towards the north of the island and was constructed in the 1930s under the patronage of the Italians. Initially it was developed as a hydrobiological station; however since 1963 it has operated as both a scientific facility and as a museum and educational facility open to the public. These days it is under the supervision of the National Center for Marine Research and focuses its attention on oceanography, fisheries and the inland waters around Rhodes and the Dodecanese Islands amid the Aegean and Mediterranean Seas.

As a visitor you have the chance to see living species, among them many endangered creatures that have been rescued from local waters for rehabilitation. There are also many taxidermy displays of marine animals that are used for educational purposes. The aquarium is located in the basement area of the hydrobiological station and among the favorite sea creatures that visitors can see are coral, sea flowers, octopi, turtles, sharks, toothed whales, seals and many fish that are indigenous to the Eastern Mediterranean. The resident marine creatures at the aquarium occupy around 40 tanks in tens of thousands of liters of water. It is open every day of the year except Greek Orthodox Easter Sunday.
Image by Scouse Smurf on Flickr under Creative Commons License.