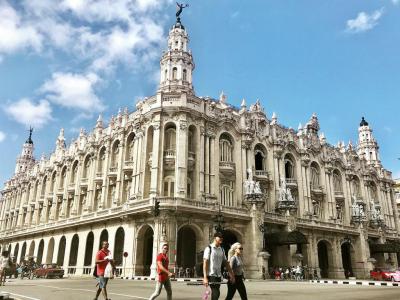 The main auditorium houses the original Tacòn Theatre, and visitors can admire details from the 19th-century building.

The theater is home to Cuban National Ballet which was founded by Cuban prima ballerina Alicia Alonso in 1948. Today, a sculpture of Alicia Alonso stands in the lobby. The sculpture is named "Giselle" after Alicia's breakout 1943 performance in the "Giselle" ballet.

Tours of the building are available, and the theater hosts ballet performances every weekend. The building also features a concert hall and an art gallery in addition to the 1500 seat main hall.
Image Courtesy of Wikimedia and Tacorontey.