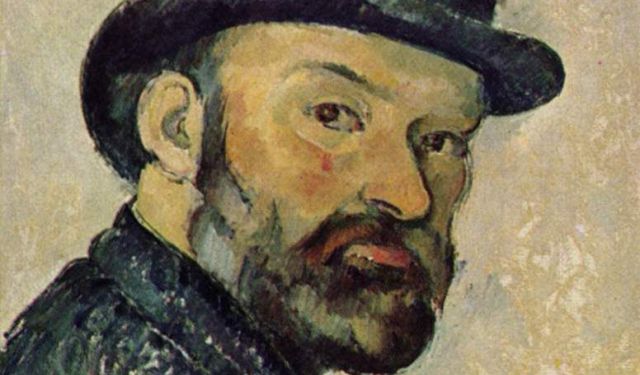 City of Cézanne, Aix-en-Provence, France (A)

As the hometown of post-Impressionist painter Paul Cézanne, Aix-en-Provence offers unique insight into his life and the influences that shaped him into one of the era's most significant artists. Through this biographical walking tour, discover the "City of Cézanne" through the life of its most famous resident.
This article is featured in the app "GPSmyCity: Walks in 1K+ Cities" on iTunes App Store and Google Play. You can download the app to your mobile device to read the article offline and create a self-guided walking tour to visit the attractions featured in this article. The app turns your mobile device into a personal tour guide and it works offline, so no data plan is needed when traveling abroad.

Create Your Own Self-Guided Walks in Aix-en-Provence
Guide Name: City of Cézanne
Guide Location: France » Aix-en-Provence
Guide Type: Self-guided Walking Tour (Article (A))
# of Attractions: 9
Tour Duration: 3.0 Hour(s)
Travel Distance: 4.6 Km or 2.9 Miles
Author: Rachel Holly
Author Bio: Before moving to France in 2007, Rachel - a native Texan - worked in international media sales, traveling the globe to publish economic business reports. Today she is an independent contractor based in Aix-en-Provence, where she lives with her husband.
Sight(s) Featured in This Guide:
1

This studio stands as a tribute to Paul Cézanne's life as an artist. Tucked away on a hill overlooking the town, this property was bought in 1901 when Cézanne was 62 years old. It originally came with 7,000 square meters of farmland including an olive tree orchard.

During his last few years, Cézanne came here daily to work on his paintings, many of which now grace the walls of museums worldwide. By the time he bought this studio, he had developed an artistic style that many consider greatly influenced the Impressionist era and paved the way for Cubism and Abstraction.

Visitors to Cezannane’s workshop can peek into the daily life he had here; the rooms and the surrounding garden have captured its original atmosphere, so while none of his paintings are displayed, you can still experience the studio through the artist’s eyes – the colors, the lighting, the space, the still life props, and the peaceful atmosphere that inspired Cézanne's final works.

During the last years of his life, Paul Cézanne lived in this house - now marked by a plaque - while commuting everyday to his art studio north of the Aix city center, usually by foot, even though he suffered from diabetes and was easily fatigued by the climb up the hill. In October of 1906 he was caught in a downpour for several hours, falling ill. A passerby transported him home in a cart.

Cézanne failed to give enough time for his recovery, fainted the next day, and was unable to leave his bed again.

Paul Cézanne died of pneumonia within a week, on October 22, 1906, at the age of 67. His death was officially recorded the following day, and the day after that a funeral service was held at the cathedral.

This inconspicuous church was designed in 1697 by Laurent Vallon and later became a project of the sculptor Jean-Baptiste Rambot. It is the site of Paul Cézanne's wedding ceremony on April 29, 1886. As is necessary in France, this followed a civil wedding the day before, at the Aix Town Hall.

Paul Cézanne met Marie-Hortense Fiquet in 1869, but kept their romance and later their child a secret from his father for many years because he worried it might affect the allowance he received. Their only child, also named Paul, was born in 1872.

Over the years Cézanne seemed to have an on-again, off-again relationship with his wife. She lived with him in Paris, but later when he was based in Provence, she lived separately near Marseille.

When Cézanne's father learned of the wife and child, he threatened to cut off the allowance, but eventually relented. By the time Paul and Hortense were married, the romance had faded, the marriage apparently only being for show. Cézanne admitted that he no longer had feelings for Hortense, and after his father died that same year they separated, but kept a somewhat amicable relationship. However when Paul Cézanne died, he excluded Hortense from the will, leaving everything to his son.

Over the years and even after they separated, Hortense was often a subject of Cézanne's paintings and drawings; her image now lives on through Cézanne's art in 27 portraits.
4

This bronze statue was unveiled in 2006 to commemorate Cézanne’s centennial in Aix-en-Provence. Designed by Gabriël Sterk of the Netherlands, who himself was a great admirer of Cézanne, it was commissioned and paid for with private donations through the Aix-en-Oeuvres Association. It is fittingly placed in the heart of Aix-en-Provence, at La Rotonde, a well-known public space often considered the gateway to the city center. In the 100+ years since Cézanne’s death, the town of Aix-en-Provence has celebrated his artistic legacy and given him the title “Maitre d’Aix”. The statue serves as a tribute to his lifelong artistic accomplishments and highlight to visitors who seek to learn more about his works and his roots.
5

When Paul Cézanne went to secondary school here at Mignet College it was known as Bourbon College. He spent his formative teen years at this school, from ages 13 to 19, eventually earning the arts baccalaureate in November 1858 (although he failed the first attempt earlier in the year). One of the friendships he made here was with Émile Zola, who later became an influential French writer, and together with Baptistin Baille, they became known as "les trois inseparables" (the three inseparables), often spending time together and swimming together at the River Arc. Several scenes from this adolescent friendship later became immortalized in Cézanne’s works.

After finishing secondary school, Cézanne went to law school at his father’s request, although he still took drawing lessons on the side and left law school only one year short of completion. His father eventually accepted his determination to pursue his passion for art and Cézanne's generous allowance prevented him from becoming an all-too-common “struggling” artist. It was at this point in his life that he went to live in Paris for several years, joining Zola and fully engaging in the unfolding impressionistic era.
6

Paul Cézanne attended classes at this art museum in his young adulthood, during his years at Bourbon College and at the law school. These classes consisted of lessons in life model drawings, drawings based on the museum’s collection of plaster and marble statues, and creating replicas of paintings on loan from regional collections.

Despite the city’s initial refusal to display Cézanne's work in the 1890s when Cézanne began earning his artistic reputation, in 1936 the Granet Museum opened a permanent collection of some of Cézanne's lesser-known works as well as some sketches and watercolors, donated by individuals or bought by the city of Aix. The nine oil-on-canvas paintings date from 1860 to 1876.
7

Cézanne enjoyed passing the hours at many cafes and brasseries on Cours Mirabeau, but the Deux Garcons brasserie became the most famous of those. It was a popular hangout for Cézanne throughout his adult life, and it was there that he would meet with friends in the art world as well as with prominent members of society, sometimes spending hours there each day, or ordering his favorite meal – potatoes in aïoli.

The brasserie has well preserved the atmosphere of Cézanne's time. The richly decorated interior remains unchanged and has even been named a "monument historique," while the waiters still wear old-fashioned white aprons. Due to its popularity with distinguished artists and writers, it is the most famous brasserie in the city and is considered a notable aspect of Aix’s historic and artistic heritage.
8

Paul Cézanne was born here on January 19, 1839, to Louis-Auguste Cézanne and Honorine Aubert.

His father co-founded a banking firm, giving the family much affluence and social standing. Throughout his son’s upbringing his father encouraged Paul to work towards a more stable career, such as law or banking, and often objected to his pursuit of becoming an artist. His mother was much more lively and imaginative, and she and Paul were very close up until her death in 1897. For unclear reasons, his parents were not married until Cézanne was five years old. Paul also had two younger sisters, Marie and Rose.

Today the building of his birth is marked with a simple commemorative plaque.
9

Cézanne's final resting place is here in St Pierre Cemetery, in his beloved city of Aix-en-Provence, where he spent most of his life.

After his death, Cézanne's recognition grew greatly. The following year, in 1907, several of his paintings were selected for a retrospective exhibit in Paris, which is believed to have greatly influenced many of the artists there and encouraged the development of Cubism. Painters such as Picasso and Gris began experimenting more with multi-perspective works of art, leading to form fracturing. Cézanne's work is therefore considered a bridge to many of the revolutionary styles that developed soon after his death, and was a prominent influence in the development of modern art.