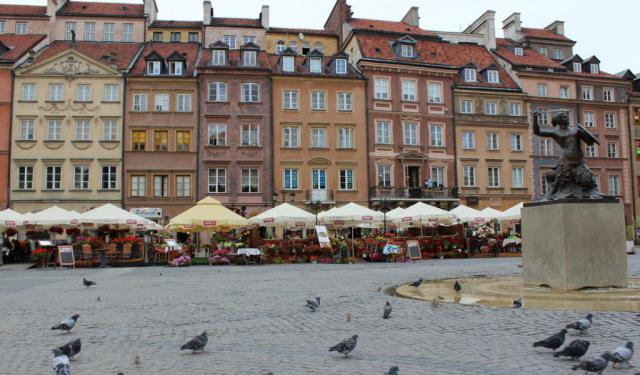 10 Cultural Things You Must Do and See in Warsaw, Warsaw, Poland (B)

Warsaw, Poland's capital city, a place chocked full of history and culture. From cheap eats to fine art to discovering the impact of World War II on the Polish people, one discovers a bit of history amidst modern Polish living. When in Warsaw, skip the new part of the city and head to Old Town where much of the history lives today.

​If visiting Warsaw, the Warsaw Uprising Museum is a must to discover the hardship of the Polish during World War II. The Polish Underground Resistance initiated the uprising on August 1, 1944 as part of an anti-Nazi operation. Warsaw was one of the most damaged cities during World War II, so much of what you see today was rebuilt post war. Inside the museum, one sees images of the destruction as well as exploring various artillery used by the Poles. Outside one experiences various images and paintings dedicated to those who died and the names of the people who served on the marble wall.

The mermaid is the symbol and protector of Warsaw. In fact the name Warsaw relates to the mermaid and it's story is quit a unique story. In Polish Warsaw is Warszawa. Wikipedia states, "Folk etymology attributes the city name to a fisherman, Wars, and his wife, Sawa. According to legend, Sawa was a mermaid living in the Vistula River with whom Wars fell in love." ...... (follow the instructions below for accessing the rest of this article).
This article is featured in the app "GPSmyCity: Walks in 1K+ Cities" on iTunes App Store and Google Play. You can download the app to your mobile device to read the article offline and create a self-guided walking tour to visit the attractions featured in this article. The app turns your mobile device into a personal tour guide and it works offline, so no data plan is needed when traveling abroad.

Create Your Own Self-Guided Walks in Warsaw
Guide Name: 10 Cultural Things You Must Do and See in Warsaw
Guide Location: Poland » Warsaw
Guide Type: Self-guided Walking Tour (Article (B))
Author: Elizabeth Kovar
Read it on Author's Website: http://www.lemontreetravel.com/blog/10-cultural-things-you-must-do-see-in-warsaw-poland
Sight(s) Featured in This Guide: