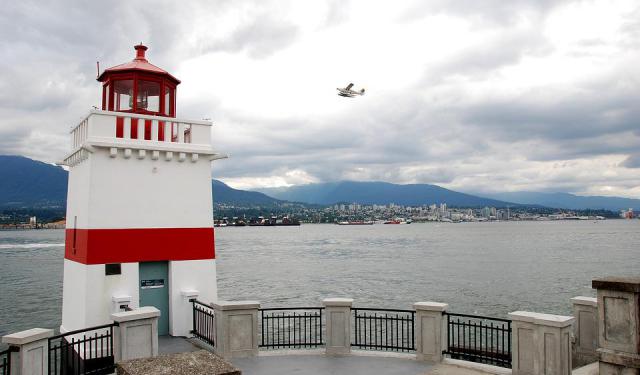 Vancouver, BC is a relatively new and modern city. Construction over the years modernized the city with glass skyscrapers across the peninsula.. In terms of history, Vancouver is quit young with the city founded in 1886. Although new and beautiful, there are still historical places to see and explore while in Vancouver.

Most people visit Stanley Park as its the city's main urban park. Not only does it's beauty attract visitors, but many fail to realize its deep roots with the city. Before the establishment of the city, the land belonged to the Musqueam, Squamish, and Burrard First Nations. The park opened September 27, 1888 and was the city's first green space and still the third largest urban park in North America. The park was named after the govenor of the time, Lord Frederick Stanley. Walk or rent bikes to enjoy a seaside walk overlooking the nearby mountains. It's a must visit for locals and travelers alike.

The totem poles located at Brockton Point in Stanley Park are a must, and some claim is the most visited site in Vancouver. Many of the poles built in the 1880's are now stored in the museum so the ones in the park were built between 1986-1992. ...... (follow the instructions below for accessing the rest of this article).
This article is featured in the app "GPSmyCity: Walks in 1K+ Cities" on iTunes App Store and Google Play. You can download the app to your mobile device to read the article offline and create a self-guided walking tour to visit the attractions featured in this article. The app turns your mobile device into a personal tour guide and it works offline, so no data plan is needed when traveling abroad.